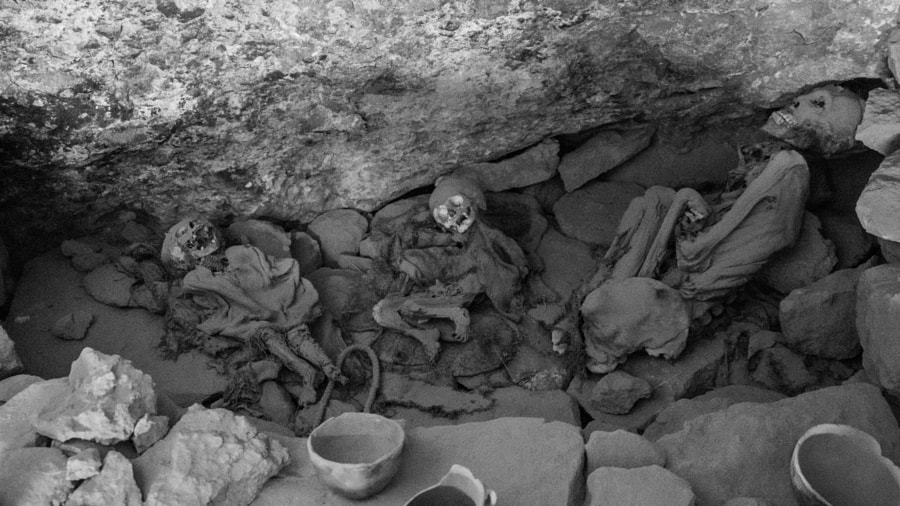 The earth shook as the mountain spewed another plume of white smoke.  I looked over at my wife tending our two babies and wondered what sacrifice the mountain gods might demand.  The mountain rumbled again from deep within its belly and sent a shiver down my spine.

It had been days since the Shaman had set out to climb the mountain followed by the last of our young men bearing small gifts from the village. Our older son was among them, he barely qualified as a man yet the Shaman had demanded he join the pilgrimage.  The mountain rumbled again and another plume of smoke spat up into the air.

I looked up from my musings and met my wife’s eyes. She made not a sound but I knew she wanted to pack up our babies and head for our mountain cave.  She had been a child of the mountain and I had wooed her down to my village at the edge of a vast white plain. She came with a dowry of five llamas but I loved her for her warm brown eyes and wide smile. She was my everything.  The mountain rumbled again.

I looked past my wife to my uncle sitting blindly in a corner of our hut with the sun shining through a window lighting up his face. He had been like a father to me and was the last of that generation. He offered no advice as to whether to go or to stay.  Another plume of smoke escaped the mountain.

We should set out now my wife said as she quietly tended our babies. They laughed and giggled not sensing our fear and oblivious to the rumbling of the mountain.  I looked out on the white salt sea and debated setting out in search of a place to shelter far away from the rumbling mountain.  A smell like no other had entered our small house and the plumes of smoke had gotten darker and more frequent.  The sun was sinking slowly to the west and I knew that fleeing to our mountain cave would need to wait until the sun rose again.   i motioned to my wife that I would be gathering wood for the fire that we would need tonight.

When I stepped outside, our last remaining llama looked sadly at me as if to say you sacrificed my brothers and sisters for nought.  I tended to his needs — simple though they were.  I gathered logs and tinder and returned to my family.  Tonight we would eat and be warm for who knew what tomorrow would bring.  The babies were finely sleeping and so we settled in for a long night.  The mountain rumbled.

I woke disoriented by the smell in the air and murkiness of the light.  I gently shook my wife and said pack up the babies and then went to wake my uncle.  He just blindly stared at me, then gently shook his head.  It was his way of telling me that he was too weak for the journey up the mountain.  My heart broke at that.  I gathered the few possessions that we would bring with us to our cave.  Some grains, a bit of meat. I looked at my wife as she gathered up our babies.

We loaded up our llama, the most important member of the household and set off on our journey up the mountain. We took the main road through our small village and our neighbors came out silently to wish us farewell. I knew that they believed that the Shaman would be successful and were determined to be there to greet him upon his triumphant return.  The rumbling had gotten stronger, the smoke more frequent, and the smell more intense but they were not to be moved.   We walked up the trail where we had first met but did not pause in our march.

It was as if the sun had bowed down in service to the all powerful mountain god.  The day was dark yet there was not a cloud in the sky.  Upwards we climbed towards our cave.  We hoped we would be safe but we did not know.  The mountain rumbled one more time, I looked up and gently urged my wife and our llama to pick up the pace.  She and I each sheltered a child in our arms.

Finally we reached our cool dark cave.  We had come here in our youth to escape the prying eyes of our families.  It was much as we had left it after our last visit to provision it should we need a hiding place.  That trip had been after my daughter died, a sacrifice to the mountain god.  Upon seeing the first smoke streaming from the mountain, the Shaman had chosen her and several other young girls. They had gone up the mountain because that is what we did when the Shaman called. He had come back.  She and they did not.

We settled the babies together on a mat and brought our llama in with us.  Somehow in the cool darkness of the cave the rumbling seemed further away and we were no longer unsettled by the plumes of smoke streaming endlessly from atop the mountain. We built a small fire and settled in for another long night of restless waiting.

I fell asleep listening to the rumbles of the mountain beneath me and with the smell of the smoke in my nostrils. When I awoke it was to the still, inert forms of my wife and my babies.  Our llama looked at me with his soulful eyes. I drew one last breath and hoped that my son would not suffer the same fate as us.
#MummiesofCoqueza #bolivia #coqueza #salardeuyuni #travel