Showing posts from April, 2013
Show all

The Carriage Horses of Central Park 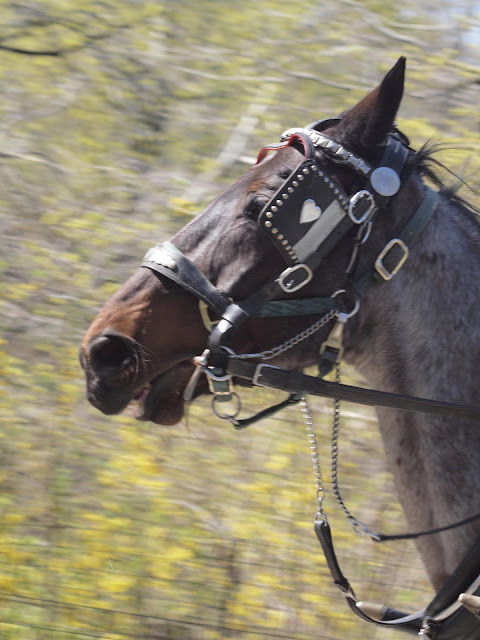 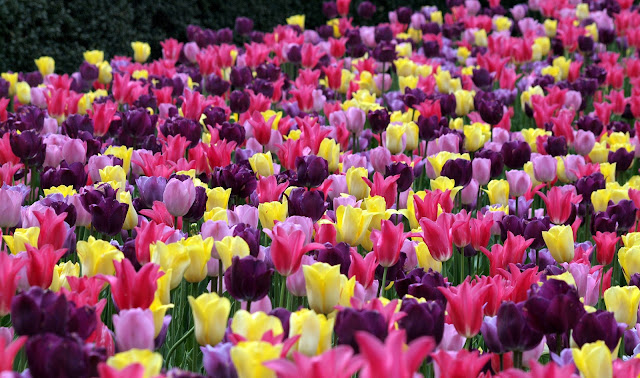 Give a Gift to Your Loved Ones: Make Your Wishes Known 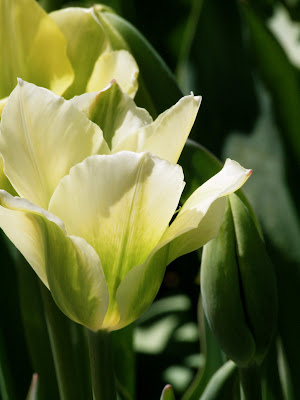 Today is National Health Care Decisions Day (NHDD).  NHDD was established to raise awareness of the importance of advance care planning and as a moment in time to encourage all of us to converse with our families and loved ones about what we would want if we are unable to make decisions for ourselves. The best advance care planning includes conversations about what we would want and the folks over at NHDD have put together a few great resources that can help you get those conversations going: PREPARE  The Conversation Project If you are in need of an advance directive form, Caring Connections offers state-specific forms as well as a slew of other resources that can help. Because I think one of the of the things that keeps us from these conversations and this planning is how overly complicated it can all seem, I've pointed to just a few key resources to help get you started.  There are more organizations out there that have resources and these can be found on the  Nat
Post a Comment
Read more 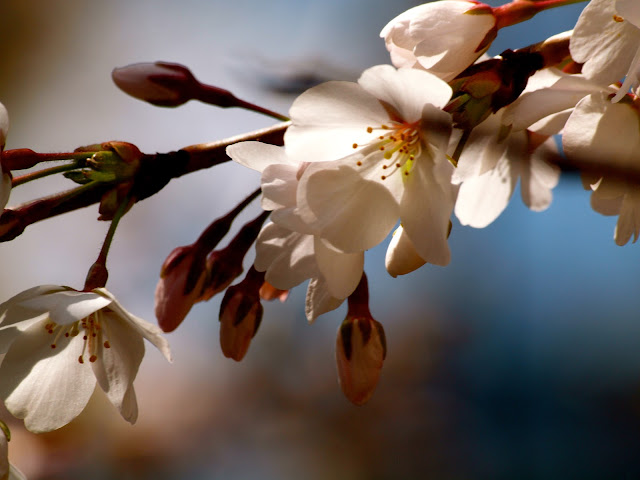 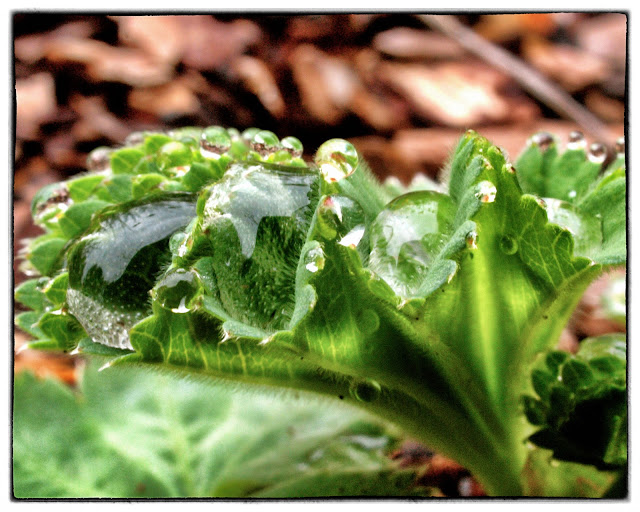 Raindrops We had a rain storm yesterday -- a nasty one as a matter of fact (heavy downpours, winds, temperatures more befitting of March than of April).  Today was a bit warmer, mostly grey with blue patches every once and a while.  The rain had left it's mark though with fallen petals galore and the daffodils bending down instead of standing tall.  Here and there one could find leaves sparkling with rain drops. Rain Drops in Black, White, and Grey Sadly, it looks like the spectacular tulips of the Conservatory Garden's  French garden (it also has an Italian and an English garden) are not to be this year as they continue to plant pansies where the tulips should be.   All is not lost though as English garden will boast some tulips soon enough.  Some of the gingkoes that dot the park are beginning to sprout their leaves.  Gingko buds are not all that big so it's pretty amazing when the leaves start to bust out.  These two trees are near each other in the area arou
Post a Comment
Read more 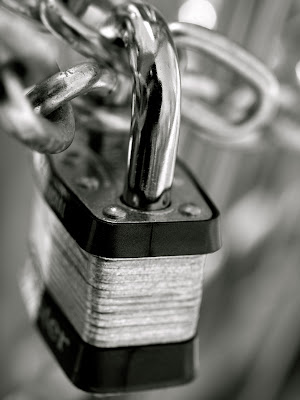 Masters Lock In a reprise of 2012 ( Short Bursts:  Fred Couples ),  we're 36 holes into the masters and Fred Couples is sitting one stroke off the lead .  So, a year, later, my heart still belongs to Fred and my hat is still off to him.  He's in the hunt for the green jacket and I'll be rooting for him to best the field and win it.  He's 53  and atop the leader board at the Masters.  Keep your eyes locked on the prize Fred -- j ust 36 more holes and that green jacket is yours.   Win it for you.  Win it for us.
Post a Comment
Read more

Shakespeare's Words to Live By 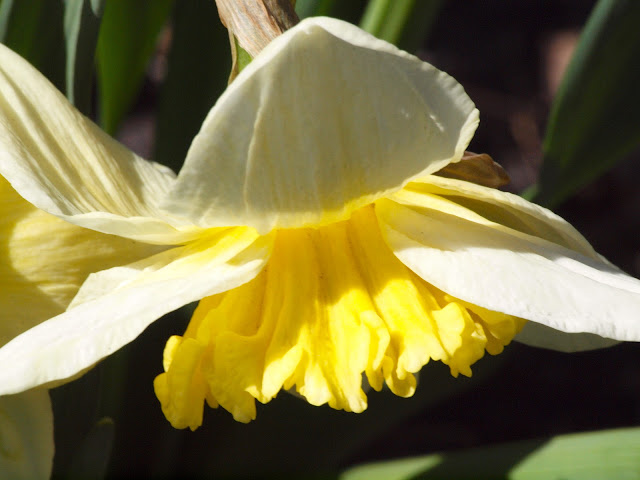 Daffodil (Central Park 2013) After a few false starts with the new instructions from Pinterest on how to embed Pins into my blog, I seem to have mastered the task (they changed the rules on us).  Of course, I'll believe it when I publish this and my Pin shows up!  The good news, I guess, is that I am still on Pinterest (see PINcensured for why I might have thought I would be kicked off).  But I digress. Right around the holidays, I decided that I wanted to get rid of a desk and so I started to empty out the drawers.  I came upon an old red wallet and buried within it was a beat up piece of paper with a Shakespeare quote typed in a small rectangle on it.  Yes, I said typed as in an IBM Selectric typewriter placing ink ever so gently onto paper.  So quaint.  So old-fashioned. Of course technology has changed since then and rather than transferring the paper to my current wallet, I snapped a photo of it.  Yep -- some 30 years later -- I still love the quote.  Shakespeare f
Post a Comment
Read more 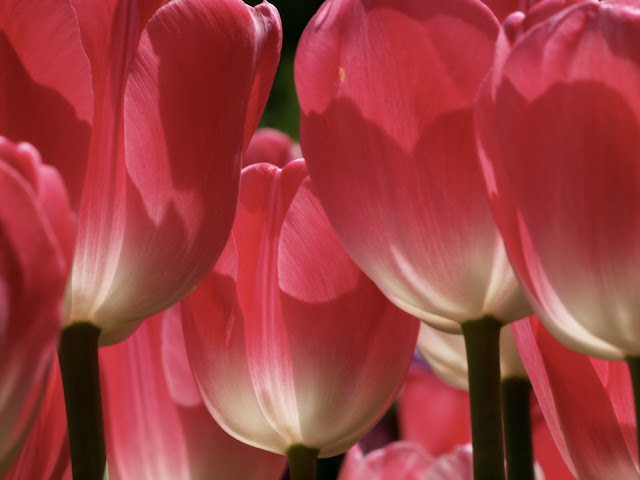 Tulips (Conservatory Garden 2012) From the archives -- the below was written about three months after I went to India on a work trip that took me from Mumbai (then Bombay) to Delhi then up to Landour Mussoori and Dharmsala via Chandigahr then down  to Pune and back to Bombay (somewhere along the way there was a stop in Lemonpur.  The photos are tucked away in hard copy someplace and so a few colorFULL photos in an effort to channel the visual vibrancy of India. Crabapple Blossoms (Conservatory Garden 2012) I'd just gotten back from India -- a little weary, a little  overwhelmed and a little unsure how to answer the question did  you like India?   How to explain that I remain intrigued by  India; that I want to see more of India.   Yet, I'm not really  sure that I like India.   India is nothing if not a land of stark contrasts.   The lush  rice paddies and sugarcane fields of the Punjab give way  gradually to the peaceful serenity of the Himalay
Post a Comment
Read more 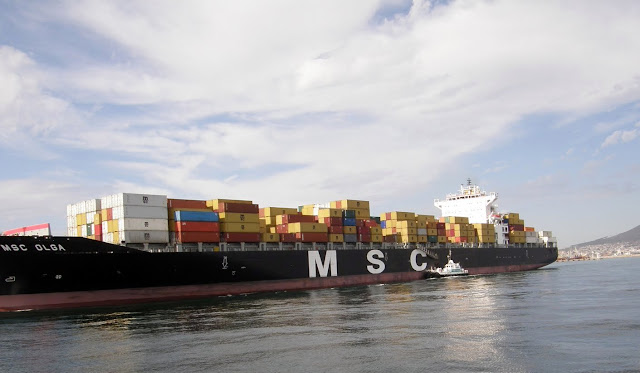 Container Ship Off of Cape Town Ports and harbors are among my favorite places.  They are full of energy, colors, and textures.   More importantly, they are full of mystery.  Where did that ship come from?  Where is it going?  What's in those containers?  Who keeps track of all this stuff?  How do those cranes work?  How much of this is automated these days? It should come as no surprise that I've been hankering for a tour of a working port since spending some time in and around the docks of Capetown, South Africa a few years ago.  It just hasn't quite been in the cards -- until I met the fabulous Michele Glass of Entree Alaska  who has worked her magic and arranged for a private tour of the Port of Anchorage  on my upcoming trip to Alaska with my niece Kristen.  Icing on the cake?  There's gonna be container ships in that there port! Cape Town Harbor What a great way to end a trip -- boats and water and heavy equipment.  I'm going to have to save
Post a Comment
Read more
More posts